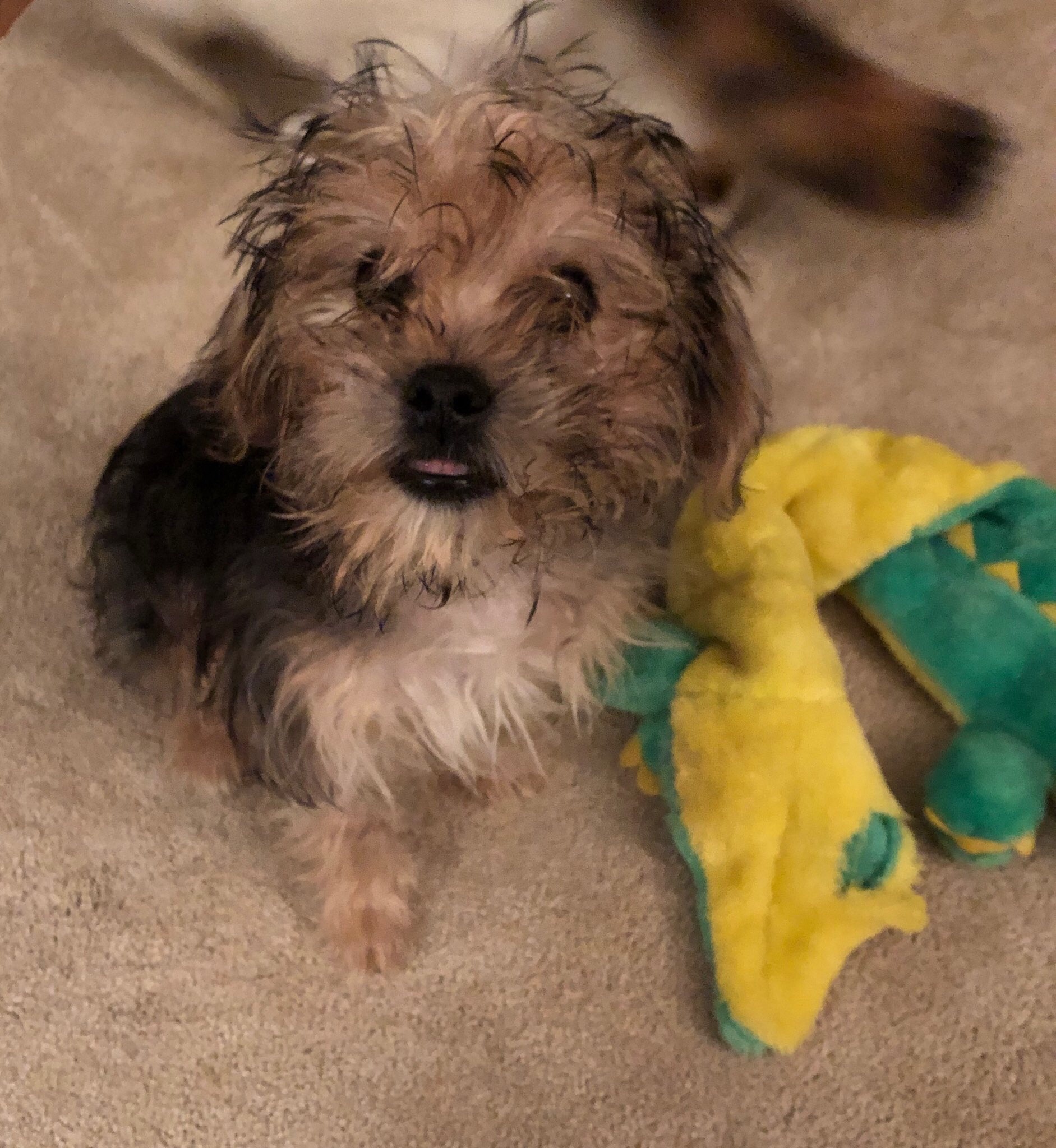 Little Sly is still on the mend. He is our pup that came in with a liver shunt. Melody fell in love with him before they even met. He became a priority in her life after she found out about the shunt. Melody wanted to adopt him before we could even begin his treatment. Cost of test and surgery was quoted at well over $5000. This did not in any way quell her desire to get the pup. She wanted to be involved in his life as soon as possible. She adopted Sly with no hesitation. She has taken him to Columbia School of Veterinary Medicine 3 times. She is not wealthy, at least in the sense of money, but she has far more riches that most of us can only dream of. Most people would have walked away or waited until the procedure was complete on this little pup. She has another dog, less than six months to live, but she has a huge heart that has given them the best in a world known as “Rescue!” All For The Love Of A Dog. You are a true HERO my friend!

All For The Love Of A Dog!